Why Are Red Bull Athletes Training the Children of President Maduro and of Drug Kingpin Hugo Carvajal?

“It is outrageously insensitive that Red Bull athletes, probably attracted by considerable fees and exhibiting no basic decency or concern for brand reputation, are training the stepchildren of Venezuela’s authoritarian rulers responsible for widespread and systematic attacks on prodemocracy students, amounting to crimes against humanity,” said Javier El-Hage, chief legal officer of the Human Rights Foundation (HRF).

On a day when several Venezuelan students have been killed in country-wide protests taking place against the dictatorship, Swanson and Fabbi blithely tweeted photographs of their arrival at the Skydive Caribbean hangar in Venezuela. Meanwhile, HRF has received multiple photographs of the stepchildren of Venezuela’s president in skydiving gear along with his nephews. 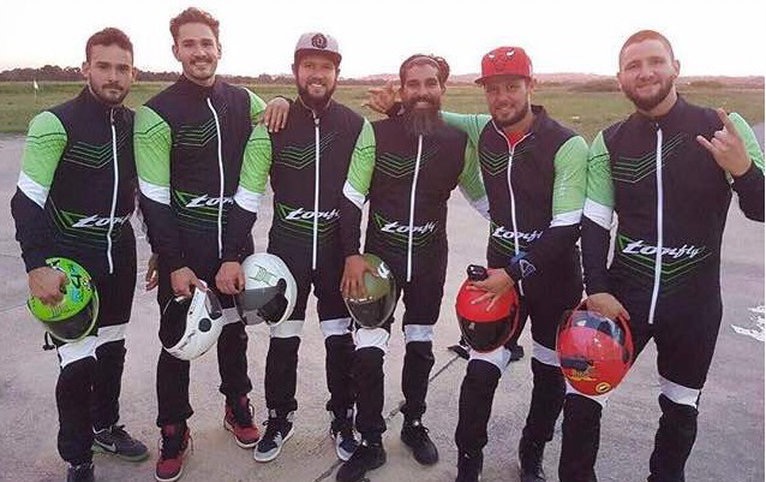 One of the photographs features Maireth Peck, daughter of General Hugo Carvajal who ran military intelligence in Venezuela from 2004 to 2008 during the presidency of Hugo Chávez. During this period, Carvajal was on the payroll of a Colombian drug lord, invested his own money in drug shipments, and personally coordinated the shipment of thousands of kilograms of cocaine. In 2008, the U.S. Department of the Treasury’s Office of Foreign Assets Control designated Carvajal as someone who was materially assisting the narcotics trafficking activities of the Revolutionary Armed Forces of Colombia (FARC), a narco-terrorist organization. 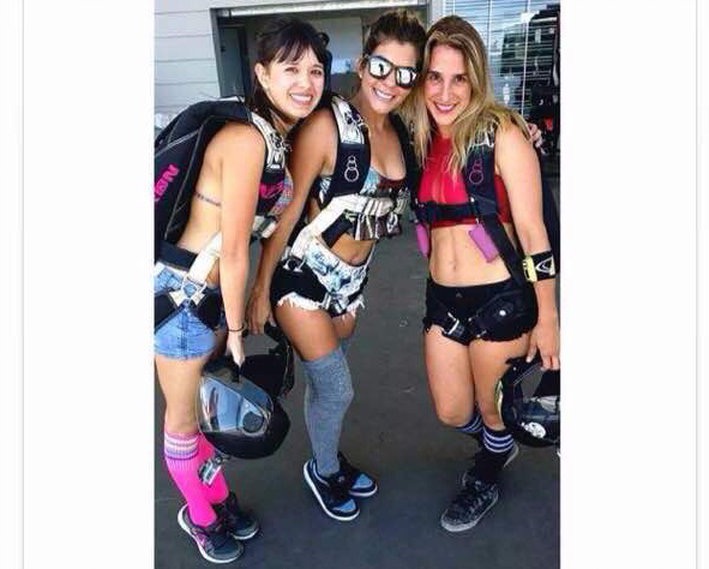 According to HRF’s sources, the “Red Bull Air Force” delegation traveled to two locations (Higuerote, where Swanson tweeted, and the island of Los Roques) on military helicopters supplied by the Venezuelan armed forces. Skydive Caribbean is a company founded by Giancarlo Trimarchi and partly owned by cousins Pedro Trebbau-Lopez and Domingo Guzman-Lopez.

According to HRF’s investigation, the wealth of these last two individuals derives from a notorious corruption case in Venezuela where, with no experience whatsoever, their Derwick Associates company was awarded twelve contracts to build power plants. The power plants do not function, the equipment was sold as new but came from salvage yards, and involved overbilling in excess of $1 billion. In order to obtain the contracts, Mr. Trebbau and Guzman paid kickbacks to several government ministers. They then moved the stolen funds from J.P. Morgan to Andorran and Swiss banks where, according to Bloomberg News, they are under investigation. The Cessna aircraft being used by the Red Bull athletes is owned by Pedro Trebbau and was purchased with the proceeds from the power plant fraud.

“This situation perfectly illustrates the hypocrisy of Venezuela’s socialist regime. With their ill-gotten wealth, government cronies purchase front row seats and even interaction with world-class entertainment, and they continue to do business with the regime’s elite. We can expect the embezzlers and the gilded youth of the Bolivarian revolution to engage in this behavior while there is blood in the streets, but is this really what we should be expecting from Red Bull’s finest?” said El-Hage. “The financing for this entire effort, from the planes to the gear, most likely comes from funds stolen from the Venezuelan people or from monies derived from narcotics trafficking. In the meantime, most Venezuelans spend hours and hours in lines for a loaf of bread and many of them are literally starving.”

The Red Bull athletes arrived on May 1 and are reportedly contracted to remain in Venezuela until May 15, 2017.

Tell Red Bull’s leadership that it is unacceptable for their athletes to be training the family of Venezuela’s dictatorship at this time of repression and bloodshed: