You can also donate to our Lightning receive address: [email protected]

Or scan the QR code below with a LN-URL Pay compatible Lightning wallet. 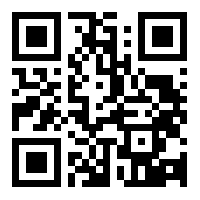 For individuals in closed societies, or for anyone facing hyperinflation, capital controls, sanctions, or financial surveillance, Bitcoin can be a tool of freedom. Your donation of BTC will help HRF research and advocate for people’s rights and liberties across the world.

HRF has accepted Bitcoin donations since 2014. HRF also has a Bitcoin Development fund to support developers improving the privacy, resiliency, and decentralization of the Bitcoin network. HRF is proud to have granted out more than $1,500,000 to support over 30 projects.

Examples of previous grants are

• Chris Belcher, to support “CoinSwap” – a technique which helps defeat state and corporate financial surveillance by making it much harder for authorities to trace Bitcoin transactions. Previous to his work on CoinSwap, Belcher invented JoinMarket and Electrum Personal Server and wrote the authoritative Bitcoin Privacy guide. He is regarded as one of the world’s foremost experts in Bitcoin privacy.

• The team behind Muun, an open source bitcoin and lightning wallet available for Android and iPhone, to make self-custodial bitcoin and lightning use easier and more intuitive than ever before. The Muun wallet can be downloaded here and has been praised widely throughout the industry including by Twitter and Square CEO Jack Dorsey.

• SeedSigner to create inexpensive open-source hardware wallets utilizing Raspberry Pi Zeroes, to enable people to be their bank for as little as $50. The decentralization of hardware wallets is crucial to Bitcoin’s ethos of self custody and resiliency. SeedSigner will use the funding to upgrade the user interface, add support for other languages, and continue to add user optimizations.

• Novaya Gazeta Europe, one of Russia’s leading independent news outlets. Novaya Gazeta Europe is renowned for their investigative coverage of Russian politics and society. Funding will allow the newspaper to explore the intersection of cryptocurrency and human rights in the context of Putin’s war on Ukraine and the resettlement of millions of Ukrainian refugees and Russian exiles.

• The Africa Bitcoin Conference, which took place in Accra, Ghana on December 7-9, 2022. This event was the first major Bitcoin/Lightning event to take place on the African continent since 2019, and was organized by a team led by Togolese human rights advocate Farida Nabourema. Bitcoin builders and educators from across Africa gathered in Accra to present new ideas, meet each other, open dialogues with businesses on the continent, and find new support for their work.

Click here to learn more about the Bitcoin Development Fund.

We are also happy to take your Bitcoin donation via BTC Pay Server, a self-hosted, open-source cryptocurrency payment processor. It’s secure, private, censorship-resistant and free. Just select an amount and click the link below to get started. You can also donate via the Lightning network by selecting Lightning on the checkout screen.

To learn more about our role in this space, you can read our articles on the topic in Time Magazine and CNN and listen to our interview at Bloomberg.

For donors in the United States, the IRS has classified Bitcoin as property for tax purposes. This means that when you donate Bitcoin to a 501(c)(3) nonprofit like HRF, you don’t have to pay capital gains tax and the full amount is tax deductible for you. If you’d like to receive a tax receipt for your donation, please contact [email protected]