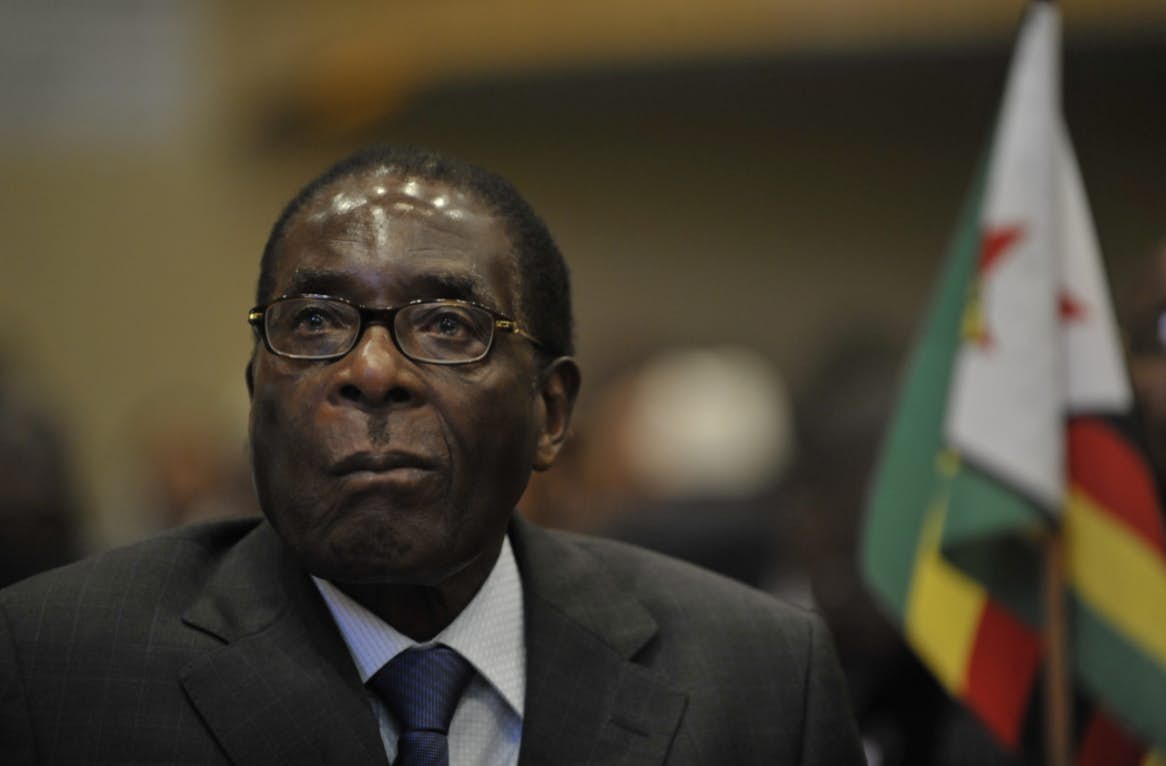 NEW YORK (October 22, 2017) — The Human Rights Foundation (HRF) condemns the decision by the World Health Organization (WHO) to name 93-year-old Zimbabwean dictator Robert Mugabe a "Goodwill Ambassador." The decision was announced earlier this week by WHO Director-General Dr. Tedros Adhanom Ghebreyesus. Mugabe has led an authoritarian regime since 1980, and beyond his dismal human rights record, has engaged in corruption and mismanagement that has left Zimbabwe's health infrastructure in shambles.

"The irony of the World Health Organization's decision to praise Robert Mugabe is staggering. This a strongman infamous for seeking medical attention for himself abroad. His recent visits to Singapore for medical treatment have cost Zimbabwean taxpayers tens of millions of dollars. Mugabe can't get adequate treatment in his own country because his kleptocratic regime has left Zimbabwe's hospitals and health industry in a state of ruin," said HRF president Thor Halvorssen. "Dr. Tedros should nullify Mugabe's appointment immediately and also issue a strong public condemnation of his repressive rule," continued Halvorssen.

There is a global consensus among experts that the policies of Mugabe’s regime have failed to guarantee a decent healthcare infrastructure for Zimbabweans. According to Zimbabwean author and Oslo Freedom Forum speaker Peter Godwin, in his 37-year rule Mugabe has taken his once-prosperous country decades back in time with regard to governance and infrastructure. According to Physicians for Human Rights, Mugabe's policies have led to a public crisis, where the population has less access to "food, clean water, basic sanitation, and health care" and the "shuttering of hospitals and clinics, the closing of its medical school, and the beatings of health workers."

"The WHO and other global intergovernmental institutions have a long track record of whitewashing the reputations of dictators. While the WHO says Zimbabwe is a 'country that places universal health coverage and health promotion at the center of its policies,' the truth is that the only goal of the Mugabe regime is to loot the public treasury and enrich itself at the expense of millions of Zimbabweans," said HRF international council member George Ayittey. "Predictably, Mugabe's regime is already using the news to promote his image in Zimbabwe, with one state-run media outlet calling the appointment a 'new feather' in the president's cap. It is paramount that Dr. Tedros reverse this decision immediately," continued Ayittey.

To learn more about Robert Mugabe's human rights violations and corruption, watch HRF’s Oslo Freedom Forum talks from Evan Mawarire on "#ThisFlag", Peter Godwin on "Mugabe's Reign of Terror," Owen Maseko on "Painting a Massacre," and Jestina Mukoko on being "In Mugabe's Crosshairs."