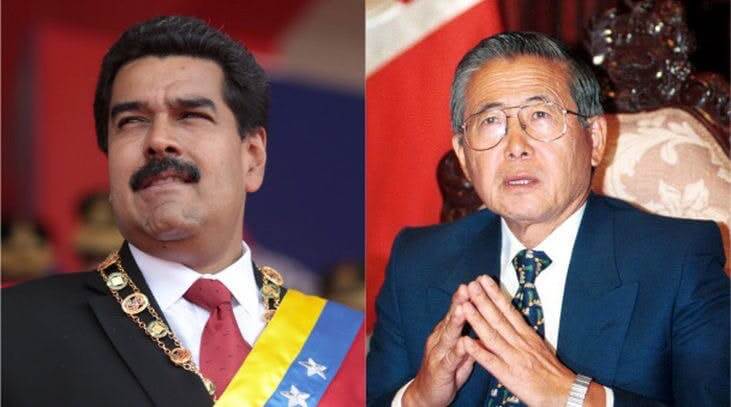 By AdminJanuary 6, 2016No Comments

HRF calls on Almagro to summon an extraordinary session of the Permanent Council of the OAS in order to analyze the situation in Venezuela and call for a peaceful return...

HRF calls on Almagro to summon an extraordinary session of the Permanent Council of the OAS in order to analyze the situation in Venezuela and call for a peaceful return to democratic rule in that country. Just days after December's landmark elections, where Venezuela’s opposition party won a super-majority in the National Assembly despite overt abuse by the government, president Nicolás Maduro and former head of Parliament Diosdado Cabello undertook a series of arbitrary measures—with the assistance of a subservient Supreme Court—to block the first major shift in power in the legislative branch since the late president Hugo Chávez took office in 1999. The opposition-controlled National Assembly was sworn in last Tuesday, but the threat that the executive branch will continue trying to nullify the new legislature’s democratic mandate remains real and immediate.

“The OAS can no longer remain silent in the face of the Chavista regime’s illegal maneuvers to prevent a democratic transition in Venezuela. The regime should not enjoy the similarly regrettable indifference the OAS had with many military dictatorships that ruled decades ago,” said HRF president Thor Halvorssen. “Before the elections, Maduro and Cabello warned that Chavismo would resort to every measure, including violence, to defend their ‘revolution’ in case they were rejected by the polls. This wasn’t false bravado—the threat is being fulfilled,” said Halvorssen.

On December 15, a week after the setback suffered by Chavismo in the parliamentary elections, president Maduro announced the creation of a “National Communal Parliament” and stated, “I will give all the power to the communal parliament, and that parliament will be a legislative body of the rank-and-file people. All power to the Communal parliament!” The same day, Diosdado Cabello, then head of the National Assembly, presided over the spurious body’s first meeting and swore in its unelected, “revolutionary” members. “The most important power there is, is the power of the communes. [There is] no other form of organization purer than the communes,” said Cabello.

A week later, on December 23, Chavista lawmakers called for a special meeting (five days after the National Assembly’s official final session, on December 18), to quickly appoint thirteen principal justices and twenty-one alternate justices to Venezuela’s Supreme Court. As they raised their hands to take the oath during the ceremony led by Diosdado Cabello, they swore to “uphold and enforce the Constitution and the laws of the Republic” before “the nation, father Bolívar, and our dear Commander Hugo Chávez.” Cabello then celebrated, saying “this is not a Constitution from the fourth Republic, this Constitution is from the fifth Republic, the Bolivarian Republic of Venezuela.” Immediately after, the entire assembly (not including the opposition lawmakers who walked out before the oath) sang along to a recording of Hugo Chávez reciting the national anthem.

Last week, on New Year's Eve, Venezuela's newly appointed Supreme Court accepteda legal challenge filed by members of the United Socialist Party of Venezuela (PSUV). The challenge suspended the inauguration of three opposition lawmakers who were due to take office last Tuesday, thus eliminating the opposition’s super-majority in parliament. As a result, during a tense inauguration session, the new Venezuelan parliament was sworn in with one government and three opposition lawmakers absent due to the Supreme Court’s suspension. However, the three lawmakers were finally sworn in today.

“In 1992, after stacking the courts, the authoritarian regime of Alberto Fujimori dissolved the democratically-elected Peruvian congress, with the OAS protesting timidly and to no avail. It was this inaction by the OAS that prompted the creation of the IADC’s democracy clause in 2001. Today, Venezuela’s authoritarian regime is trying to do exactly what Fujimori did, but the OAS now has the legal tools to exert pressure against the regime’s anti-democratic maneuvers,” said Javier El-Hage, chief legal officer of HRF. “Mr. Almagro, we congratulated you for fulfilling your obligation as secretary-general when you strongly criticized the unfree and unfair nature of December’s elections. We now ask you to step up the pressure against the regime so that a full transition to democratic rule can occur in Venezuela. Close international oversight will be needed so that any abuses by the Chavista government do not go unnoticed in this period, and the democracy clause should be activated immediately for this purpose,” added El-Hage.

In 2001, the General Assembly of the OAS approved the IADC, which declares the right of the people of the Americas to democracy and then defines the essential elements of representative democracy. Among them, access to, and the exercise of power in accordance with, the rule of law; respect for the separation of powers; and the holding of free and fair elections. According to the IADC, the secretary-general of the OAS and any member state have the power to summon the Permanent Council and the General Assembly to analyze a situation of erosion of democracy, also called an “alteration” or “interruption” of the constitutional order that seriously impairs the democratic order. The OAS may then undertake diplomatic measures to try to revert the erosion of the democratic order and, if these measures fail, it may suspend an anti-democratic government.